Our Stories are the
Christ Church Story

Christ Church is not just a place; it is a family of faith. Our history is shaped by the joys and heartaches we have shared as a community. View the inspiring video capturing some of these stories »

On July 25, 1943, Christ Church Mission, Charlotte, was formally recognized by the Diocese of North Carolina with 98 families in membership. The impetus for its founding had come from the restrictions on travel imposed by the gas rationing of World War II, plus the realization that the Myers Park/Eastover area would soon be able to support a neighborhood church. The mission grew rapidly and was accepted as a parish at the next Diocesan Convention. The land on which the church now stands was acquired, but soaring construction costs and scarcity of many materials made the building of a permanent structure prohibitive. Instead, a Quonset hut was erected, largely through the labor of the congregation, on a portion of the land. It served both as a church and parish house for several years. The Quonset hut was used in various capacities until it was destroyed by fire in 1969.

On December 1, 1951, the cornerstone for the present church and parish hall was laid. Since its completion in 1952, several additions have been made to the parish hall. Additional Sunday School classrooms were built in 1963, and in 1978 All Saints' Hall was added to the existing structure. In 1991, the Jubilee Fund was established in order to assist in the building of additional space for educational classes, clergy and staff offices, and rooms for our choir and youth programs. In 1980, a Gabriel Kney twenty-six-stop organ was installed in the balcony of the Nave. And in 2004, as a result of the One In The Spirit campaign, there were additional renovations of classrooms, office space and All Saints' Hall.

Over the years, the programs of Christ Church have been enlarged and altered to meet more adequately the needs of an ever growing congregation, which is now the largest in the Diocese. The city of Charlotte has also undergone great change. Christ Church has been challenged to respond creatively to the problems of suburban growth, of inner city decay, of economic inequity, and of a still segregated society. Two areas of ministry were initiated to assist in facing these challenges.

A new mission located south of Christ Church, now Saint John's Parish, was organized in 1956. In 1965, Operation Partnership, a concerted effort to become more involved with residents of the inner city, was begun. This project later became an ecumenical endeavor in association with other Myers Park churches. In 1988, Christ Church assisted in the development of the mission congregation, Saint Margaret's in Charlotte. In 1990, Christ Church assisted in the development of two mission congregations, Saint Clare's, Mint Hill and Saint Catherine's, Harrisburg. In 1991, the parish began its support of a new mission in the Lake Norman area, Saint Patrick's, Mooresville. In 2000, the parish began support of another new mission, Church of the Beloved, Charlotte.

Outreach has always been a significant part of life at Christ Church. Under the direction of The Reverend Thom Blair, 25% of the total budget was designated for use outside the parish. Many initiatives were launched over the years:

ST. FRANCIS FUND (1982 - 1993) - Raised $1 million for 50-plus causes including Christ the King, Habitat for Humanity and Crisis Assistance Ministry.

ONE IN THE SPIRIT CAMPAIGN (2003 - 2008) - Raised $10.5 million, including $1.5 million for a partnership with Eastway Middle School, a literacy program through the Johnson YMCA, support for YWCA families in transition, and international mission.

EXPANDING OUR VISION (2007 - 2012) - Outlined specific goals and plans for each of our primary areas of ministry.

LEAP OF FAITH (2012 - 2017) - Allocated $2 million for housing, education, poverty prevention and mission. Funds also supported the establishment of HopeWay. With Leap of Faith dollars helping pay off the mortgage, two houses next to the Church campus were purchased and renovated for four formerly homeless families. Learn more about this initiative here »

FAITH AND COURAGE INITIATIVE (2018 -  ) - As we celebrated our 75th anniversary, a new set of major priorities was established for our Church. Learn about this initiative here »

Christ Church has been blessed with strong, visionary leadership and a committed congregation since its inception. The parish stands ready today to meet the challenges of the coming years with the same dedication, creative planning, and Christian concern with which it was begun. 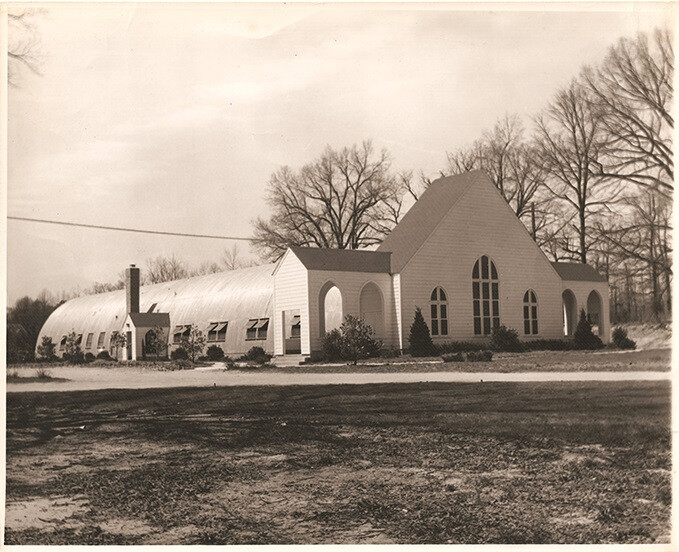 Christ Church parishioners assembled in the Quonset Hut and processed to the building site for the laying of the cornerstone. 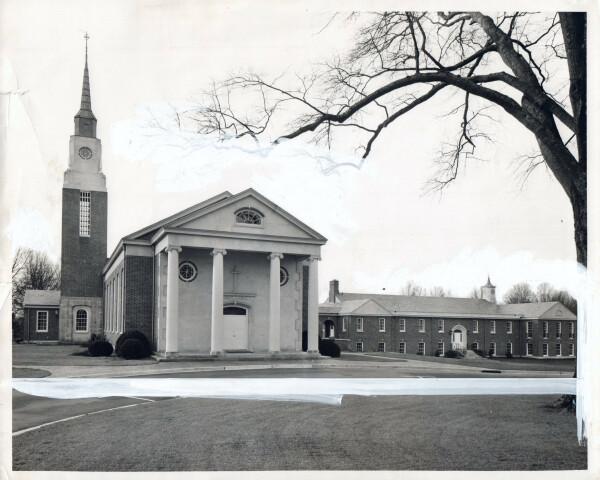 Youth Building concept was approved by the Vestry. At 10,800 square feet, it included a library.

All Saints' Hall was dedicated on January 21, 1979 as the "Parish Activities Building."

Remodeling through Leap of Faith