There are no trips scheduled at this time.  Please email Laura Konitzer if you would like to participate in a future Legacy and Justice Pilgrimage.

From police shootings to incarceration statistics, and from school accessibility to poverty rates, racism is a present reality that plagues our city and our country. Our faith calls us to confront and confess our failures and fears in order that we may be reconciled one with another. As Desmond Tutu has written, “There is no future without forgiveness.” One step in our parish’s journey of faith is a pilgrimage to the Legacy and Justice Museum and National Memorial for Peace and Justice in Montgomery, Alabama. Established by the Equal Justice Initiative, these sites give Americans an opportunity to learn and respond to some of the racial injustice of our collective past. Please consider joining us on our next pilgrimage.

What's on the Itinerary?

National Memorial for Peace and Justice

The National Memorial for Peace and Justice, which opened to the public on April 26, 2018, is the nation’s first memorial dedicated to the legacy of enslaved black people, people terrorized by lynching, African Americans humiliated by racial segregation and Jim Crow, and people of color burdened with contemporary presumptions of guilt and police violence. On a six-acre site overlooking Montgomery, the national lynching memorial is a sacred space for truth-telling and reflection about racial terror in America and its legacy.

Located on the site of a former warehouse where black people were enslaved in Montgomery, Alabama, this narrative museum uses interactive media, sculpture, videography and exhibits to immerse visitors in the sights and sounds of the domestic slave trade, racial terrorism, the Jim Crow South, and the world’s largest prison system. Compelling visuals and data-rich exhibits provide a one-of-a-kind opportunity to investigate America’s history of racial injustice and its legacy – to draw dynamic connections across generations of Americans impacted by the tragic history of racial inequality.

In 1961 groups of volunteers made history by challenging the practice of segregated travel through the South. They called themselves Freedom Riders as they crossed racial barriers in depots and onboard buses. The 1961 Freedom Riders did not begin or end their journey in Montgomery, Alabama, but their arrival changed the city and our nation.

Troy University’s Rosa Parks Museum is an active memorial to the life of civil rights icon Rosa Parks and the lessons of the Montgomery Bus Boycott that brought racial integration to transportation and international attention to civil rights. Located in downtown Montgomery, Alabama, at the site where Mrs. Parks was arrested, it is the nation’s only museum dedicated to Rosa Parks. Our mission is to honor her legacy and that of the boycott by providing a platform for scholarly dialogue, civic engagement and positive social change.

A short ride from Montgomery, pilgrims will spend part of a day in Selma visiting the Edmund Winston Pettus Bridge and Brown Chapel African Methodist Episcopal Church, which both played significant roles in the Civil Rights Movement on March 7th, 1965 known as “Bloody Sunday”.

Time permitting, the group may visit other important sites in Montgomery, including The Dexter Avenue King Memorial Baptist Church and parsonage and the Civil Rights Memorial Center and Wall of Tolerance.

Read a reflection from past Montgomery Pilgrim, Arrington Mixon. 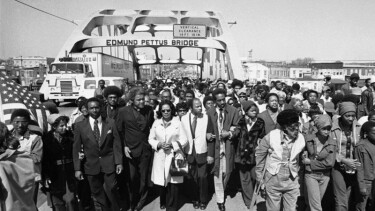 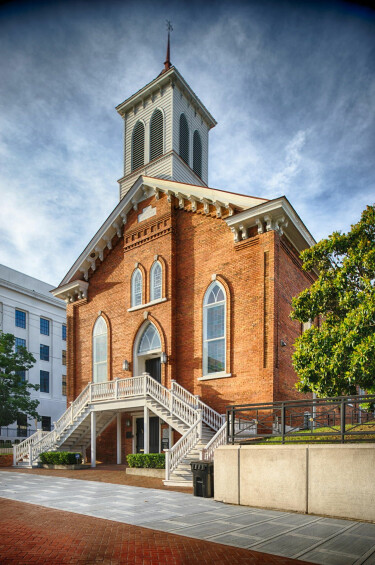 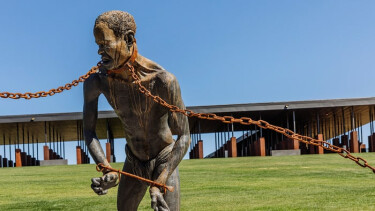 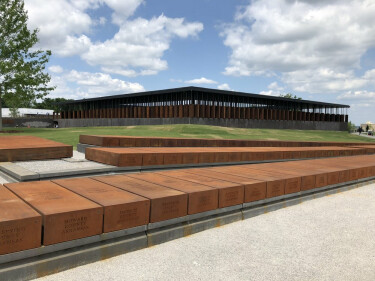 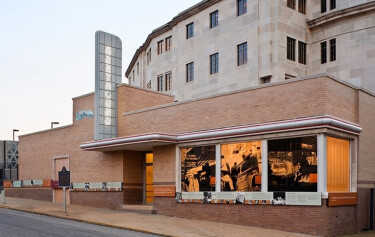